WHERE THE PRESIDENCY GOT IT TERRIBLY WRONG

WHERE THE PRESIDENCY GOT IT TERRIBLY WRONG 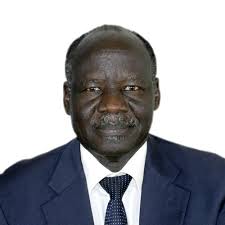 On 9 December 2020, the Presidency held its fourth meeting with all its members in attendance. A press statement following the conclusion of the meeting informed the public that the Presidency took resolutions on three important matters related to the Transitional National Legislature and formation of Governments in the States. The purpose of this article is to discuss those resolutions and whether or not they are consistent with the Transitional Constitution and the Revitalized Agreement on the Resolution of the Conflict in the Republic of South Sudan (R-ARCSS).

Resolution 1: That the president appoint the State and Local Governments of the nine (9) States, except that of Upper Nile State.

Here we shall discuss two aspects of the resolution. First, is it within the powers of the President of the Republic to appoint sub-national Governments? Second, regardless of who has the power to appoint State-level Governments, what is the justification for denying one State its right to get its Government like the rest of the States?

In my humble opinion, the President of the Republic has no power to appoint States’ Governments. Of the numerous powers of the President under Article 101(they are 20) none is the appointment of State Governments. On the other hand, Article 164 (2) of the Transitional Constitution 2011, is clear that it is the Governor that appoints and relieves members of his Government. Article (2) stipulates that:

“ The Governor of each state shall be the head of the executive organ in the state and shall appoint and relieve the Deputy Governor, Advisors and state Ministers in consultation with the President and in accordance with the state constitution”.

For sure, the decision of the Presidency is a usurpation of powers of the States’ Governors granted them by the Constitution. It becomes more puzzling when it is the Presidency which heads the national executive charged with implementing the mandate of the Revitalized Transitional Government of National Unity (RTGoNU) that goes contrary to that mandate. Article 1.2.15 of R-ARCSS stipulates that one of the functions of RTGoNU is to “devolve more powers and resources to the State and Local Government levels”. Far from implementing this article, the Presidency is busy concentrating more powers into the hands of the President.

It is common knowledge that Parties to the Agreement have been engaged for the last couple of months in negotiations on the formation of States’ Governments. They reached agreements on that. However, the responsibility of the Parties stops there. What should have happened was for the Parties to write a joint letter to the Governors of the States informing them of the agreements that have been reached for those Governors to issue Decrees appointing their Governments in accordance with the Transitional Constitution and the Constitution of each State, and supervise their taking of the oath of office.

In relation to exempting Upper Nile State from getting its Government, this action has no justification apart from the failure of the two Principals to R-ARCSS to agree on the appointment of the Governor of the State. We shall revisit this point later on.

Resolution 2: That the President proceeds to establish the Revitalized Transitional National Legislative Assembly and the Council of States.

Again, the R-ARCSS is clear on how the Revitalized TNLA is to be formed. The procedure to carry that out is clearly spelt out under Article 1.18 of R-ARCSS which defines the functions of the National Constitutional Amendment Committee (NCAC). Sub-Article 1.18.1.4 gives the NCAC the power:

“to receive a list of the nominees of respective parties indicated in Chapter 1, Article 1.13 of the Agreement relating to the appointment of members of the reconstituted TNLA. The list shall be submitted to the President who shall forward it to the TNLA.”

That is, the Parties to the Agreement (ITGoNU, SPLM/A-IO, SSOA, OPP and SPLMFDs) shall submit the list of their nominees to the Revitalized TNLA (in accordance with Article 1.14) to the NCAC. Therefore, the President has no business to proceed “to establish the TNLA”. The parties should be urged to submit their lists to the NCAC from whom the President will receive one unified list of the 550 members of the Revitalized TNLA. As to the Council of States, the agreement is silent on the procedure of its formation. Hence, the Presidency can decide how to do it.

Resolution 3: That the Revitalized Transitional Government of National (sic) holds a conference in Juba for all Communities of Upper Nile State to discuss ways and means of resolving any tribal or communal differences and to engender harmony in the State prior to the final decision on the appoint (sic) of the Governor of the State.

This resolution is specious. Whereas a conference between Upper Nile State communities, indeed all communities in the country, is a noble idea, the objective of holding it as per this resolution has nothing to do with the desired outcome. Tying the appointment of the Governor to the reconciliation of the communities in the Upper Nile State would mean that the purpose is for these communities to agree on the appointment of a Governor which is not their business and on which they are unlikely to reach consensus. More importantly, their differences had nothing to do with who should or should not be the Governor in the State. In fact, tying up the two is the surest way for the reconciliation to fail while two of the Parties to the Agreement continue with the stalemate on the appointment of the Governor at a time when the masses of our people in Upper Nile State continue to suffer including unnecessary loss of lives.

For the information of those who do not know this, the communities of Upper Nile State started dialogue among themselves in late February 2020. The initiative was led by Dr John Gai Yoh assisted by General James Hoth Mai. Meetings were held in the house of our elder Hon. Joseph Bol Chan, Speaker of the Council of States. After the first meeting, an iclusive committee was formed to meet and listen to each of the five communities in Upper Nile State. The committee embarked on its mandate and met all the communities and their work is now well advanced. It was the advent of the COVID-19 that delayed the work for several months. A plenary will possibly be called soon to decide the next steps towards holding the Upper Nile State conference. It was stressed from the very beginning that it was purely for reconciliation and peaceful co-existence and politics should be kept out of it. This is the only way to ensure success. The sons and daughters of Upper Nile State are capable of solving their problems and they don’t need to be patronized by anybody. Direct involvement of the Government, which has not kept equal distance between these communities, will create suspicion and cause failure. If the Government would want to help it should do so on the request of the Committee chosen to prepare for the conference.

The people of Upper Nile State with go ahead with their planned conference in the way they perceived it. They don’t need another complicating issue to be added to their plate of challenges; they have their hands already full. Let each carry his cross.