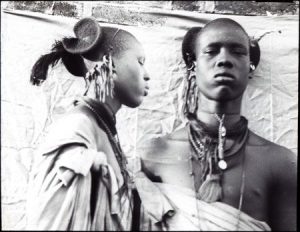 We, Collo community Leaders in Diaspora, would like to draw the attention of Collo people, the peace-loving South Sudanese communities, human rights organizations and international community to the recent senseless killings that targeted members of the Collo community in Malakal, Upper Nile State, South Sudan. This happened on November 4, 2020. On that date three prominent members of the Collo in Malakal: one a high ranking official with South Sudan Council of Churches and the other a South Sudanese army general, were deliberately targeted and murdered in cold blood. This is a completely unprovoked, cowardly act perpetuated by anti-peace tribal terrorists known for their evil scheme to grab Collo land in collaboration with their bloody ethnic allies in the centre, to dominate the entire South Sudan. We the Collo Community Leaders in Diaspora strongly condemn these ethnically motivated crimes against our peace-loving Collo people in Malakal. Our hearts go out to the victims and families of this wanton killings of unarmed civilians.

It is to be remembered that just less than a month ago innocent Collo civilians were similarly killed in Malakal by the same anti-peace tribal terrorists. The peace agreement that was brokered by IGAD to help stop the war in South Sudan is now being sabotaged every month, every week, and indeed every day, by this continuing cycle of killings that target the Collo community.

This loss of innocent lives is the more shocking and traumatizing as these ethnically motivated killings are happening just at a time when South Sudanese communities are supposed to be enjoying peace. The end of the 2013-2018 war that caused indiscriminate destruction of life and property in Malakal and elsewhere in South Sudan should have convinced everyone to denounce all forms of violence. The signing of the peace agreement was witnessed by the region and international community. So, as every peace-loving soul would expect, all communities should have embraced peaceful coexistence. Alas, it is clear some circles with narrow tribal agenda have other calculations and objectives they would like to achieve in defiance of the peace agreement. Clearly, these tribal terrorists are the enemies of peace in South Sudan. They feel protected. In actual fact, they are protected, armed, and supported by their tribal alliance to press ahead with their tribal project to occupy Collo land and to ethnically cleanse Collo. Together with their tribal alliance, they have a mission to grab not only Collo land but also other communities’ lands. So, they are engaging in destabilizing acts of aggression, killings and intimidation of Collo in Malakal and other places in the country. Their dream and goal is to dominate the entire South Sudan.

There are 64 nationalities in South Sudan. However, we know there is one, and only one, ethnic group which has been terrorizing the rest of nationalities in the country. Thus, we exactly know the enemies of peace who are committing the these ethnically targeted crimes. In Upper Nile, they have been active and hell-bent in a crusade to grab and occupy Collo lands. In their thirst and hunger to accelerate the achievement of this evil dream they have now intensified their ethnic cleansing scheme by repeatedly attacking and killing innocent Collo.

In Jonglei state, they target the Murle community, frequently launching unprovoked attacks into Murle areas to destroy this ethnic group and grab its ancestral land. The Murle people would have been finished if it were not for the resilience and resolve of the Murle to defend themselves from ethnic cleansing at the hands of this anti-peace tribal terrorists. In greater Equatoria, these enemies of peace, protected and supported militarily by their tribal alliance have grabbed some Bari lands near the capital, Juba. In Madi land elements of the anti-peace tribal alliance are terrorizing indigenous residents and threatening to establish themselves, including forcibly, in the border town of Nimule in spite of local resistance to such illegal land grabbing. Again, in Equatoria, the tribal alliance campaign to occupy other communities’ lands is now being pursued and expanded relentlessly into Acholi areas. In Unity State, these enemies of peace are attempting to grab lands belonging to some Nuer sections. In Bahr El-Ghazal, there is an orchestrated scheme that is systemically harassing, marginalizing, killing, and grabbing lands of smaller ethnic communities.

There are indications that the anti-peace campaign to target Collo and other peace-loving communities is being green-lit and supported by some tribal circles that use state power and authority in favor of one ethnic group. We know those ethnically driven tribal circles.

As a matter of fact, it is noteworthy that because of the bloody drive of the evil tribal alliance to ethnically cleanse other communities, in recent years the United Nations has been warning of genocide in South Sudan. We believe this warning is still valid today.

The Collo are a peace-loving people as known by all ethnic groups all over South Sudan, in the region and internationally. They have a right to live in peace after the peace agreement has been signed. The Collo have a right to feel safe, especially in Malakal and other Collo ancestral areas. They want nothing but peaceful coexistence with their neighbors. However, let it be known that attempts to ethnically target Collo and depopulate them from Malakal and other Collo lands will only help to solidify their resolve more than ever before to liberate their lands. Like any other community or nation in the world, the Collo nation have a right to self-defense. In the face of continuing killings targeting Collo in Malakal and other parts of the country, killings that are being perpetuated by one particular ethnic group and its tribal alliance, the Collo are left with no options but to take the matter of their defense into their own hands. After all, the right to self-defense is a legitimate right.

So, let the tribal enemies of peace in Upper Nile state know they will not get away with their continuing, cowardly crimes. Let those dreaming of taking other people’s lands and dominating South Sudan know they will never ever achieve this evil project.

To the South Sudanese communities whose peace, existence and ancestral lands have been threatened or grabbed by the one tribe seeking to dominate you, this tribal terror must be stopped before cleansing and genocide of the peace-loving Collo, Murle, Acholi, Bari, Lwo (Luo), Fertit, Burun (Maban), Madi, Nuer and other groups is complete. The 63 nationalities that are being targeted and victimized by the antipeace tribal terror must stand up now and defend themselves before it is too late. Together let us rise up for peace. Let us stop the enemies of peace now. Nobody is coming to your communities’ defense or to even to condemn the evils acts targeting your communities, it is only us, standing together to defend our communities against this antipeace tribal terror and the circles that arm, support and finance them.

This is not to incite violence against any ethnic group, but to draw a line in the sand to let the enemies of peace know their aggression and terror against other communities must stop and stop now.

Editor’s Note: The views expressed in the “Press Release Page” are solely the opinions of the writers. The veracity of any claims made are the responsibility of the author’s and are not necessarily endorsed by The Malakal Post. The Malakal Post, reserves the right to edit press statement before publication. If you would like to submit an opinion article or analysis, please email your article at: info@malakalpost.com