Open Letter about the Politics of Targeting, Land Grabbing and Exclusion of Certain Ethnic Groups. 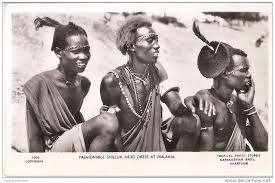 President of the Republic of South Sudan.

From: Chollo Communities in the USA, Canada, The United Kingdom and Australia.

Subject: Open Letter about the Politics of Targeting, Land Grabbing and Exclusion of Certain Ethnic Groups.

We, the under signed Chollo communities in diaspora, have observed with dismay and disappointment the anti-peace decisions and actions that favour certain ethnic community, specifically the Jieng Council of Elders and President-backed ethnic group, The Jieng (Dinka). Also, we have observed with disbelief the targeting and exclusion of other certain communities in the implementation of the Revitalized Agreement for the Resolution of the Conflict in the Republic of South Sudan (R-ARCSS).  Thus, we have seen over and over again since the start of the implementation of the R-ARCSS, a particular ethnic group rejecting coexistence with other tribes and demanding to be given their own state or administrative area. Shockingly, you have either willingly acted in favour of this ethnic community or just kept silent instead of rejecting this anti-peace tribal demand.  This is an ill-advised and indeed dangerous path, which can potentially be detrimental not only to the Peace Agreement but to the very existence of South Sudan as one country.

We were surprised that Mr. Joshua Dau Diu (who is not a citizen of Upper Nile State) can write a Memorandum, dated 1stJuly 2020, in the name of his ethnic community, the so-called Padang community, proposing that Chollo Kingdom must be granted an Administrative Area or state.  Here, we would like to quote some of his delusional statements that came in the Memorandum:  “The Shilluks under the Pashodo Kingdom -west of the Nile River… It is well sensible that communities east of the Nile River be all together granted a state -central Upper Nile or eastern Upper Nile state to compromise of: Padang communities…It is however, acceptable any Shilluk: individuals or families that have migrated and settled as citizens in the eastern part of the Nile  such as Renk, Melut, Malakal, Atar, etc are entitled to stay …..”.

Unfortunately, it seems you are in agreement with the baseless and unjust ethnic demands raised by Mr. Joshua Dau Diu in relation to Upper Nile State.  Of course, we are not surprised because we know that Mr. Diu is indisputably one of the prominent architects of the ethnically driven and government-backed land grabbing in South Sudan.

Hence, the false claim that Chollo Kingdom is located only on the west of the River Nile, with some Chollo “individuals and families who have migrated to the eastern side of the Nile”, is clearly a gross distortion of the reality and history and a brazen attempt to steal Chollo land in broad daylight using state machinery, which is obviously consistent with the land grabbing campaign being pursued by the government-favoured tribe (Dinka) in South Sudan.  In this regard, it is unfortunate that you are unfairly siding with your ethnic group, although by definition and the constitution you are supposed to be the President of all the people of South

We would like to draw your attention to the well documented historical government decisions related to Padang Dinka’s baseless claims over Chollo land. In early 1980s, when these claims were concocted, the High Executive Council for the Southern Region which governed Southern Sudan as mandated by the Addis Ababa Agreement of 1972, rejected the Padang claims.  Similarly, these claims were ruled against by the government of Sudan when they were raised again in the 1990s.  Finally, late Dr. John Garang himself rejected the claims when Padang leaders brought them to his attention.  These are facts that you cannot dispute, for they are all recorded and documented.  Then suddenly, after you found yourself in power overnight following the untimely demise of Dr. John Garang, you decided to stand on the wrong side of history by continuing to pursue this wrong and dangerous path. However, we are definitely sure that your misguided campaign to occupy other communities’ lands and your dreams to dominate the sixty-three nationalities in the 21st Century are bound to fail miserably, just as Hitler’s dreams and misguided attempts to dominate the nations of Europe in the 20th Century.

We would like to express to Your Excellency that excluding others from participation in the R-TGONU mandated positions is not only just unfair, but it is clearly a blatant violation of the Peace Agreement. As a result, your anti-peace posturing, dictatorial tendencies and tribal bias are behind your campaign to exclude Chollo from institutions of R-TGONU.  However, we are fully aware that you are working day and night in pursuit of this anti-peace and ethnic bias agenda by targeting Chollo politicians and denying their legitimate right to participate in the implementation of the Peace Agreement, specifically by blocking Dr. Lam Akol Ajawin from participation in the R-TGONU and rejecting the appointment of Lt. Gen. Johnson Olony Thubo for Upper Nile State governorship.

The R-ARCSS emphasizes the need for inclusivity, not exclusivity which you are now pursuing with impunity. Hence, we want to bring to your attention that supporting narrow ethnic demands for ethnic administrative areas or states will only lead to disintegration of our country.

There are sixty-four tribes in South Sudan and as a President, you cannot side all the time with one ethnic group for wrong reasons. Perhaps you need now to come clean and tell the South Sudanese and the world that you are President of only one tribe, The Jieng (Dinka).

The Chollo are peace-loving people who have consistently lived in harmony with their neighboring ethnic groups, including the Padang Dinka for years and years. They are never troublemakers.  But it is wrong to see their love for peace among the different communities as a sign of weakness.  The Chollo will not accept to be intimidated or forced out from their ancestral land, Nyikango’s land. The Chollo as a community, just like other tribes, have God-given right to defend their existence and land. The Universal Declaration of Human Rights gives people the right to self-defense.  Therefore, the Chollo people have right to defend their land, which has been grabbed by your government-backed tribe.

Finally, we would like to emphasize that peaceful coexistence among the sixty-four tribes of South Sudan, is the Chollo preferred course of action. But, the government-supported land grab policy is a cancerous danger to the unity and stability of the entire South Sudan. In this connection, the ethnocentric policy pursue by your government with the aim of turning the Republic of South Sudan into The Jieng (Dinka) Republic is bound to fail disgracefully.

Editor’s Note: The views expressed in the “Press Release Page” are solely the opinions of the writers. The veracity of any claims made are the responsibility of the author’s and are not necessarily endorsed by The Malakal Post. The Malakal Post, reserves the right to edit press statement before publication. If you would like to submit an opinion article or analysis, please email your article at: info@malakalpost.com